Borenović-Lovrinović: Use of EU funds a great challenge for BiH 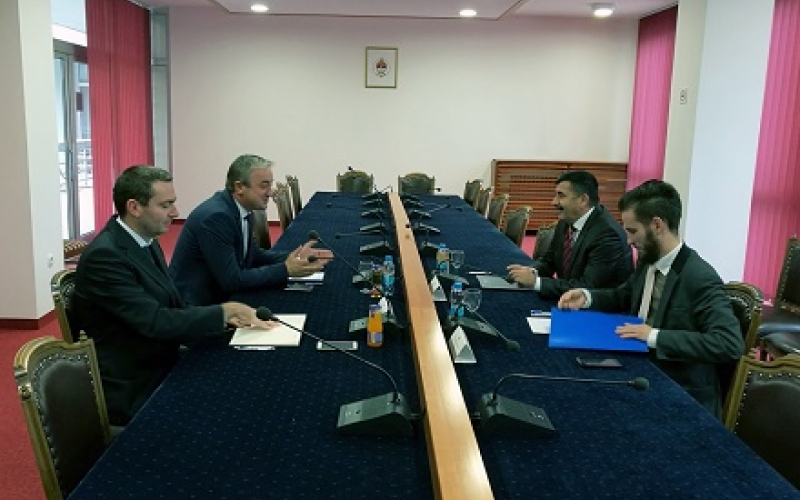 After the meeting in Banja Luka, Borenović told reporters that neither the parliamentary committees, nor parliaments, are satisfied with the way in which they are beeing informed about the use of IPA funds, especially IPA two.

Borenović said that the meeting was about the report on the progress of BiH on its path towards EU membership, the exchange of experiences on the implementation of the Reform Agenda and the action plans.

BiH faces two years in which an extra effort should be made in order  to give quality responses to the questionnaire that will be given at the beginning of December and  to enter into the most important phase of European integration -to become a candidate country and begin to open chapters in the negotiations," said Borenović .

He also said that they agreed to held a meeting of the Parliamentary Forum on European integration in the Brčko District, at the beginning of the next year.

"I am convinced that there is a readiness for BiH to finally resolve the Sejdić-Finci case, and that this issue would be best solved next year, which is not election year," said Borenović.

He stated that on December 9th, BiH will be formally handed over a questionnaire with 3 500 concrete questions, from whose answers will depend  whether there will be any extra questions.

Lovrinović expressed the hope that BiH will receive a questionnaire for European integration on December 9 th, which will be responded within six months, and then get the status for opening chapters.

"All parliamentary parties in BiH are committed to the European process which is the most important for BiH," said Lovrinović.

Lovrinović says that the question of Sejdić-Finci must be resolved  because BiH will not be able to open the European chapters without its solution, and that it entails solving the Election Law and some constitutional issues.