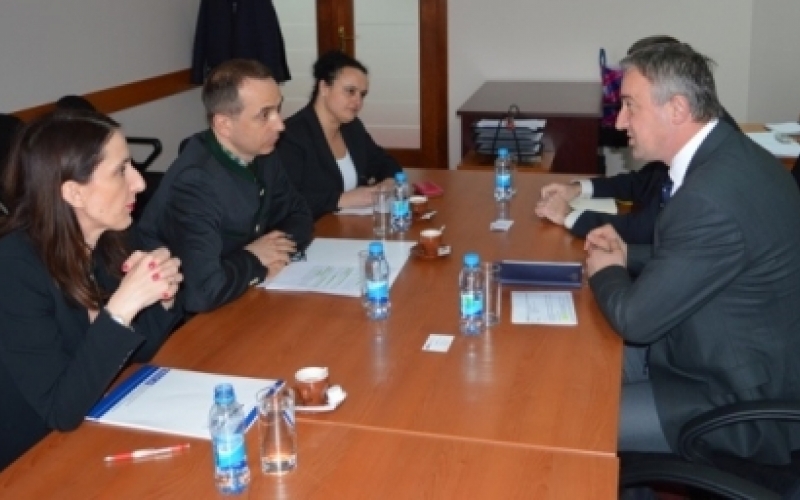 The President of the Committee on European Integration of the National Assembly of the Republic of Srpska Branislav Borenović spoke today at the National Assembly of the Republic of Srpska in Banja Luka with the representatives of the Organization for Security and Cooperation in BiH on the plan of activities of the OSCE for this year with a focus on the following areas: support for reforms in the process of European integration, support the fight against corruption and the promotion of tolerance and positive values.

Borenović pointed out that the Committee for European Integration of the National Assembly is interested in cooperation in all three areas and that the thematic session of the Committee on these issues is welcome, and it would be most useful to hold those outside the seat of parliament,  with the participation of representatives of other parliaments and local communities in order to more effectively bring those issues closer to the citizens.

“No matter of the fact that we in the National Assembly of the Republic of Srpska on the proposal of the Committee for European Integration have adopted a declaration condemning hate speech, I must point out that we are very worried because now and then some MPs used a vocabulary that is not appropriate for a parliamentary debate and which spreads hatred. Of special concern are such statements that recur on the war, slaughter, rape, genocide .... encourage bad atmosphere among the citizens, especially in marginal areas" said Borenović.

He pointed to the recent attack in Osmanci near Zvornik,where a student of Serbian nationality was cut with a knife on the face and stressed that MPs are ready to go to those places and open a discussion on bullying on a national basis and with responsible statements, in the spirit of tolerance and coexistence make an attempt to prevent any possible misunderstandings between different ethnic groups.

They talked about the cooperation in the preparation of legislation aimed on intensifing the fight against corruption, such as the draft law on the protection of whistleblowers, which is in the public debate, particularly from the viewpoint of the experiences of EU countries and region.