The congratulation card of President Čubrilović on the occasion of the Day of the Republic: Unique and decidedly to continue to strengthen the Republic of Srpska 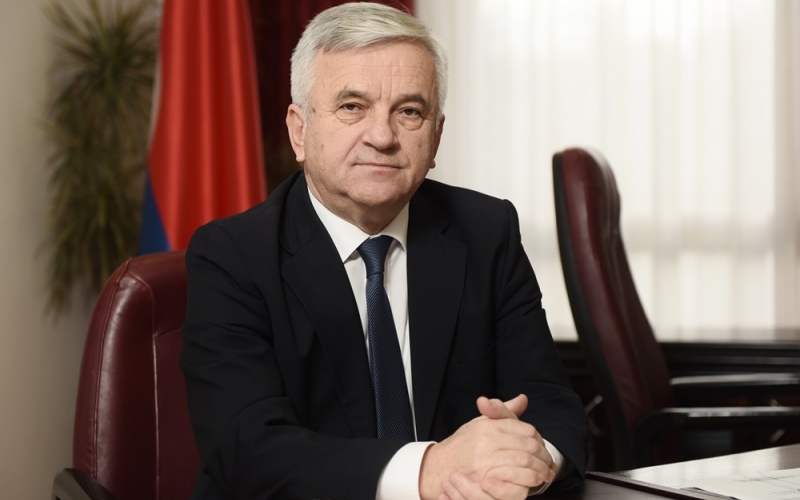 On the behalf of the National Assembly and on my on behalf, I congratulate you the Day of the Republic, our Republic of Srpska today turns 28 years. It is the guarantor of liberty and existence of the Serbian people in BiH and because of this, decidedly and uniquely we have to continue with the development and with the strengthening of Srpska. No matter of the circumstances we have to fight for its constitutional position”, said President Čubrilović.

He stressed that the celebration of the Day of the Republic is the manifestation of the highest significance, honorable and with the spirit of freedom.

“On January 9, 1992, the deputies of the Assembly of the Serbian People in BiH had a state vision and made a historic decision - they proclaimed the Republic of Serbian People in BiH. We now see how significant and wise the decision was to defend the interests and freedom of the Serb people in this region. What we need today is a determination and a vision to preserve and build an even better, more modern and stronger Republic of Srpska,"said Čubrilović.

He stressed that the National Assembly, as the highest legislative institution and foundation of the Republic, would remain firmly committed to the further development and construction of a modern, democratic Republic of  Srpska.

“Despite the problems, political divisions and disagreements, it is imperative that Republic of Srpska should always be our most important political goal. I congratulate you on the birthday of the Republic and I wish every subsequent Republic of Srpska to be even better, economically stronger and more prosperous, "said Čubrilović.