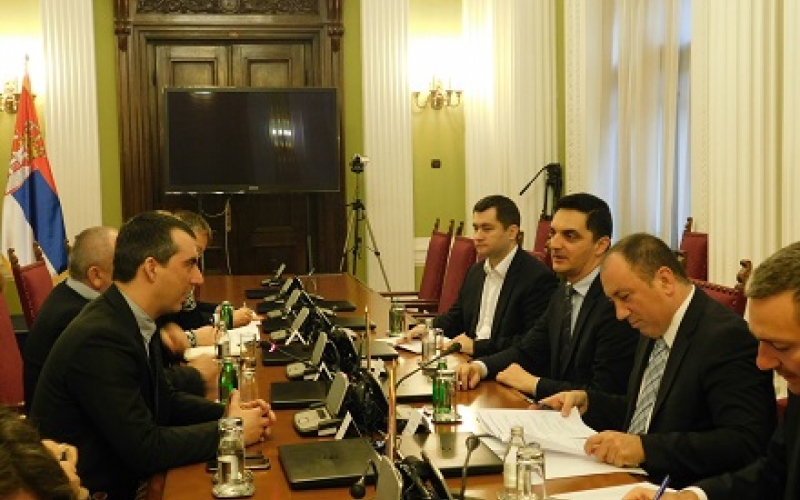 A delegation of the Committee on European Integration and Regional Cooperation of the Republic of Srpska National Assembly today, on its second day of visit to the Serbian Parliament, spoke with members of the Parliamentary Committee on Stabilization and Association about Serbia's experiences on the road to the EU and the role of parliaments in the process.

The President of the Serbia Parliamentary Committee for Stabilization and Association, Vladimir Orlic, explained  the members of the Committee on European Integration and Regional Cooperation of the Srpska Parliament about the tasks and tasks of this working body in charge of direct cooperation with the European Parliament in the country's European integration process.

Obradovic stressed at the meeting that the goals of the Republic of Serbia are EU membership, peace and stability of the region and that, in accordance with the Agreement on Special and Parallel Relations, it is necessary to continue to strengthen cooperation between Republic of Srpska and Serbia.

He stressed that Serbia will continue to support the Republic of Srpska in the fields of economy, infrastructure, science, education and culture.

Crnadak expressed gratitude to the Serbian leadership for its support in keeping the Dayton Peace Accords and for concrete and real support for numerous development projects.