The meeting with the representatives of the Centre for Civil Initiatives 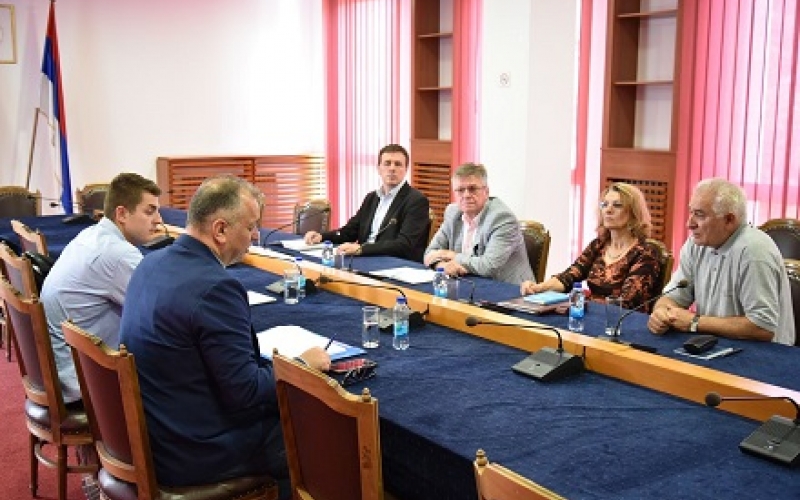 The Secretary-General of the National Assembly of the Republic of Srpska Nebojsa Zgonjanin, with associates, held a meeting today in the assembly premises with project coordinators of the non-governmental organization Centre for Civil Initiatives, Zeljko Ninkovic, and Mahir Djapo. The main topic of the meeting was the jurisdiction of the National Assembly during the consideration of the Reports on public enterprises’ work in the Republic of Srpska.

Secretary-General informed the representatives of the CCI with the jurisdiction of the National Assembly when Reports of the public companies’ work are in question and the domain of work of the assembly committees, stressing that the work of the highest legislative institution is completely transparent and open for cooperation with NGO, civil society organizations and the media.

The representatives of the CCI praised the openness of the work of the National Assembly and the accessibility of information important to the public.