MPs completed 19 issues of the agenda, continuation of the session on Thursday at 10.00 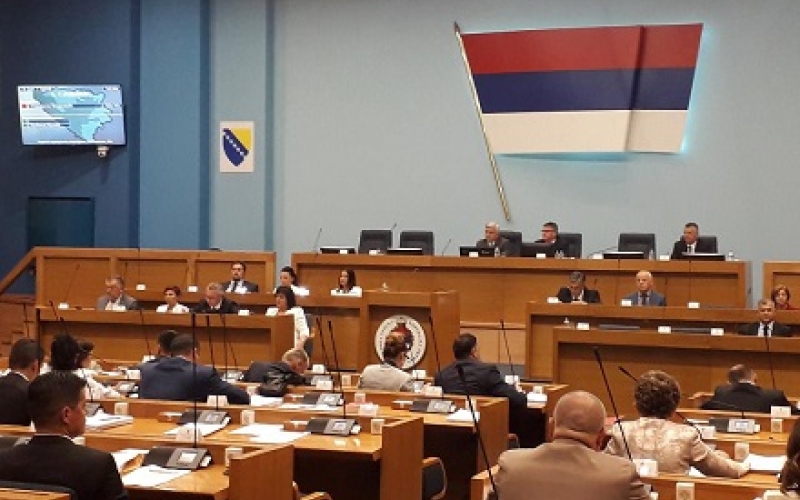 The National Assembly of the Republic of Srpska has today completed the 19th item of the Agenda of the 5th Regular Session - Consolidated report on the investment of public funds for the period 01.01-31.12.2018. year, followed by a parliamentary break until tomorrow (Thursday) until 10 am.

Bosiljka Predragović, Director of the Republic Administration for Geodetic and Property Affairs Bosiljka Predragović, stated in the National Assembly that the draft law stated that the basic reasons for the adoption of amendments were harmonization with the Decision of the Constitutional Court of Srpska, dated February 24, 2016, by which certain provisions of the Act on Actual rights established as unconstitutional.

"That is why, among other things, the holders of the right to manage use or dispose of immovable property in a social or state ownership will be established," Predragović said.

The Draft of this law also regulates the status of immovable property that after the legally terminated administrative procedures continue to exist as a social or state property in the public records of real estate, in a way that the registration of this property becomes a property of the Serbian property.

The deputies also discussed the Draft Law on Amendments to the Law on Public Roads, which stipulates that tolls are not paid by vehicles of interior ministries in BiH and special vehicles intended for the transport of sick or injured persons.