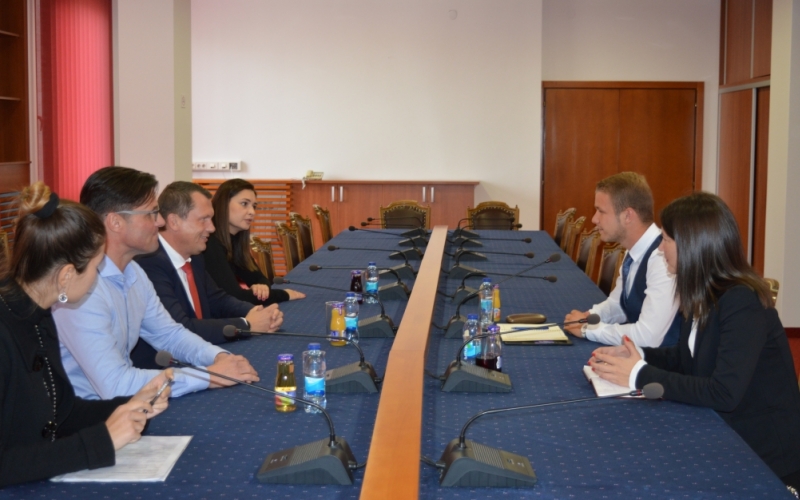 MPs Jelena Trivic and Drasko Stanivukovic talked in the National Asembly of the Republic of Srpska with Holgesr Kelsh, the mayor of the German Kottbus and Sven Petke, manager of the foundation „Konrad Adenauer“in Bosnia and Herzegovina.

After the meeting MP Drasko Stanivukovic said that the themes on the meeting were economic, cultural and sport cooperation beetwen Banja Luka and this province.

„The aim is to strengthen economic and cultural cooperation beetween Banja Luka and this province but also to strengthen frendship relations“  said Stanivukovic.

He added that this is the first among planned meetings with German and other European cities with the aim of establishing cooperation of Banja Luka and the Republic of Srpska with developed European cities and countries.

“The mayor of Kottbus invited us in reciprocal visit in order to continue conversations on all issues important for our town” Stanivukovic said.

The mayor Holger Kelsh said that Kottbus is the second town in this province and the cultural and economic center and that they are ready to pass their experience and knowledge in order to gain economic and infrastructural development.

“It is important that Banja Luka and Kottbus establish long lasting cooperation in the area of economy, sport and culture” said he.