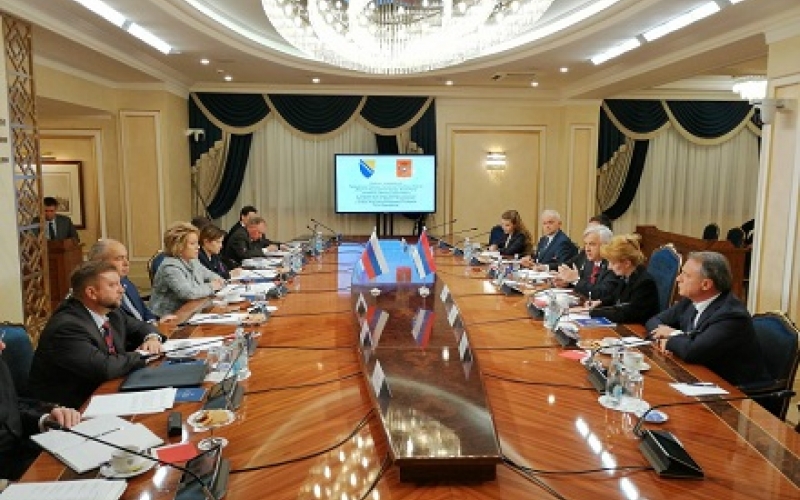 President of the National Assembly of the Republic of Srpska Nedeljko Čubrilović spoke today in Moscow with the chairman of the Federal Council of the Federation Assembly Valentina Matviyenko on issues of interparliamentary cooperation and perspectives for the development of bilateral relations.

Valentina Matviyenko said that Russia carefully attends events in the Republic of Srpska and is very interested in further cooperation, including at the parliamentary level.

"We appreciate friendly and constructive relations established between our people," she said.
At the meeting it was stressed that Russia respects the Dayton Agreement and considers that it was time to extinguish the Office of the High Representative, to leave the foreign protector and to finally be left to manage by its democratically elected leaders.

President Čubrilović talked about the development of bilateral cooperation, trade and economic relations between the Republic of Srpska, BiH and the Russian Federation.

He stressed that the the Republic of Srpska remains firmly committed to respecting the Dayton Peace Agreement and will consistently represent the National Assembly Resolution on BiH's military neutrality.

The meeting also focused on cultural cooperation, increasing the number of students from The Republic of Srpska at universities in Moscow and on learning Russian language in schools in Serbia.

President Čubrilović visits Russian Federation at the invitation of the chairman of the House of Representatives of the Russian Parliament Valentina Matviyenko.