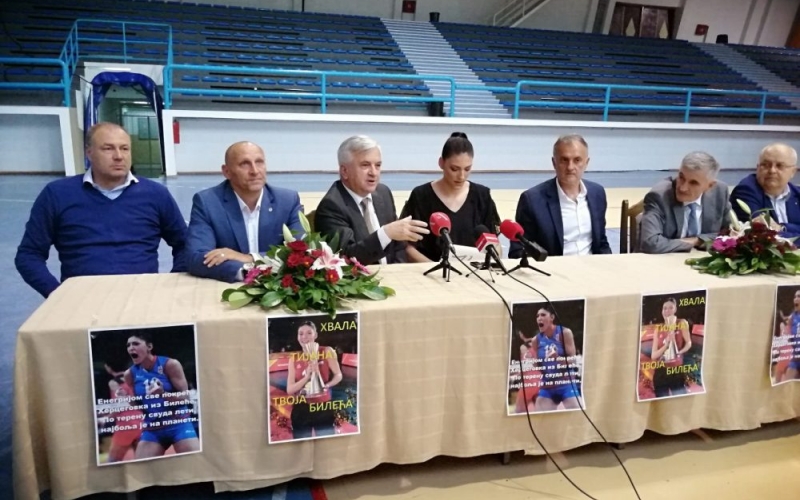 The President of the National Assembly Nedeljko Čubrilović and the best volleyball player in the world revealed the new signboard with the name Tijana Bošković who made her first sport steps in this hall.

The municipal assembly of Bileća by unanimously voting made the decission that this spectacular building should be named by the best volleyball player in the world Tijana Bosković.

President Čubrilović told at the press conference ahead of the opening of the table, that young people from the Republic of Srpska and around the world where the Serbian people live do not need a bigger motive than what Tijana Boskovic did for their city, for Srpska, for the nation.

He added that the Republic of Srpska provides young sportsman as much as possible, and that Tijana Boskovic deserves much more than this.

Boskovic said she was extremely honored that the biggest sports facility in Bileca, where she made her first sport steps, now carries her name.

"I would like to thank the municipality of Bileca and the designers of all this. What I can promise is that, as I did before, I will represent my city and myself in the best light, and I will try to make you glad with new successes and medals, "said the best volleyball player in the world.

President of the Serbian Volleyball Federation Zoran Gajic said that this object deservedly carries the name of Tijana Boskovic because the citizens recognized her character that remained the same, since she first entered the sports hall in Bileca, to this day when she is the best volleyball player in the world.

MP Radovan Vukovic said that a volleyball school or a volleyball camp could be organized in Bileća soon, which would also carry the name of Tijana Bosković. 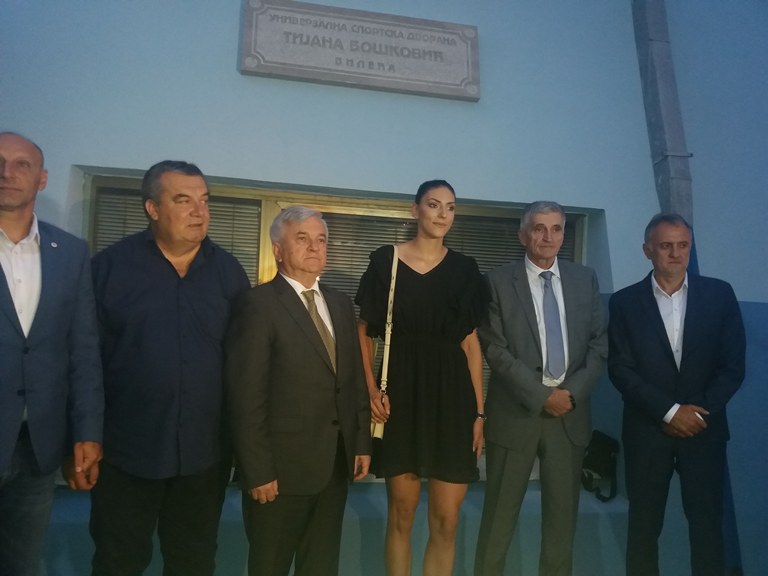