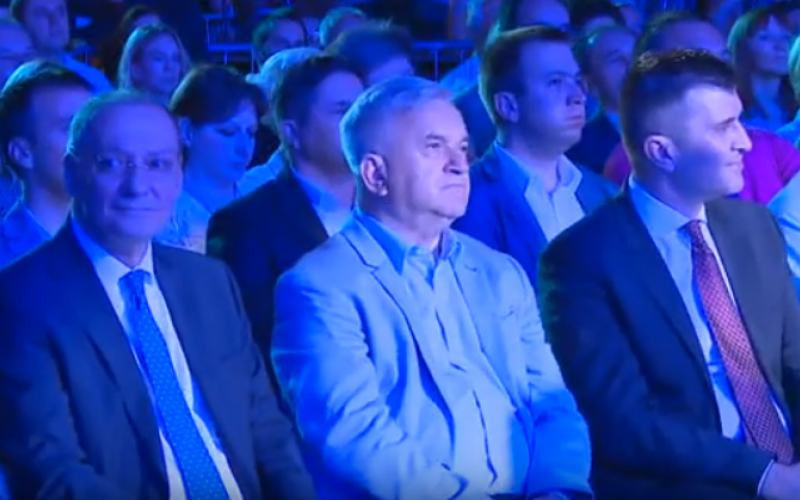 The President of the National Assembly of the Republic of Srpska Nedeljko Čubrilović attended the ceremony in Banja Luka on the occasion of marking the completion of the reconstruction of the outer part of the Cultural Center "Banski dvor".

The completion of the works was marked by symbolic lighting of ambient lighting and the concept of virtuoso Stefana Milenkovic and Slobodana Trkulja accompanied by the symphony orchestra of the Banja Luka Philharmonic.

At the same time, the application of Banja Luka for the European Capital of Culture in 2024 was also formalized.

Republika Srpska President Zeljka Cvijanovic said at the ceremony that all Banja Luka residents are proud of their city, which is constantly being built and developing.

She said that development projects in the largest city of Srpska will continue.

Mayor of Banja Luka Igor Radojičić said that the "Banski dvor" was reconstructed for the joy of all Banja Luka and visitors of the city on Vrbas.

He stressed that it would be very important for Banja Luka to become the European capital of culture in 2024.

The Government of the Republic of Srpska and the City of Banjaluka provided three million KM for the external recostruction of "Banski dvor" - complete windows, facades, decoration, and roof.