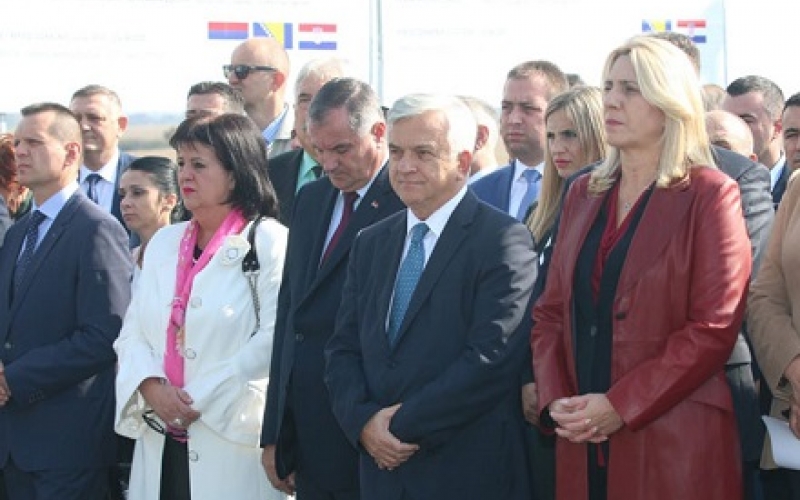 The President of the National Assembly of the Republic of Srpska Nedeljko Cubrilovic attended the ceremony for the start of the construction of the bridge over the Sava River.

The ceremony was also attended by authorities of the Republic of Srpska, BiH and Croatia, the representatives of the European Union and the Delegation of the Europen Union to BiH.

The project is being financed also by EU, with 6.8 million euros within a framework of Agenda for connection by the investment framework for Western Balkans.

European Commissioner for Transport Violeta Bulc stressed that the bridge over the Sava River is an important project within better infrastructure connectivity.
She also highlighted the clearly visible benefits this project brings to citizens and businesses in BiH and Croatia.

The head of the EU Delegation to BiH, Johann Sattler, said that the European Union is here to help find a compromise and connect everyone to the well-being of citizens.