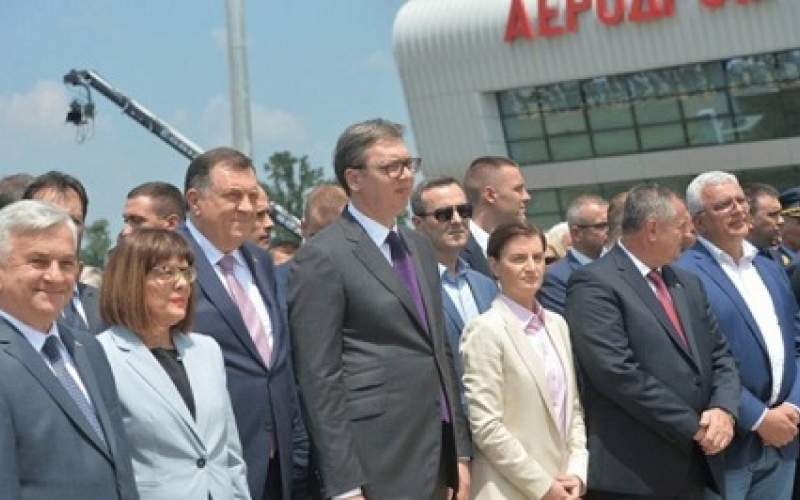 The meeting in Kraljevo was also attended by the Prime Minister of the Republic of Srpska Radovan Viskovic and also representatives of Serbs from Croatia, Montenegro and Macedonia.

President Cubrilovic said that it is very important that all Serbs from region attended the meeting with president of the Republic of Serbia and in that way express their solidarity in the common goal fight.

He emphasized that the meeting was about the issues concerning Serbs generally and Serbs in the region.

After the meeting President Cubrilovic said in a telephone statement for Serbian newspaper agency that President Vucic wanted to stress his will for cooperation and that cooperation not to be on anybody's damage but on the benefit of Serb's unity, wherever they lived, worked or exercised their rights.

A meeting was preceded by a ceremonial opening of the military-civilian airport Morava, in Lađevci, municipality of Kraljevo. This is the third mulinational airport in Serbia, along with Nikola Tesla, Belgrade and Konstntin the Great, Novi Sad.

The President of Serbia Aleksandar Vučić said that Serbs are never going to renounce their name but that they are orientated to future and prosperity.

„Today we celebrate Vidovdan in a working atmosphere, by building high ways, factories, bridges, airports. But we are never going to renounce our name and surname. We have to keep up with the world but we will never renounce our glorious history.