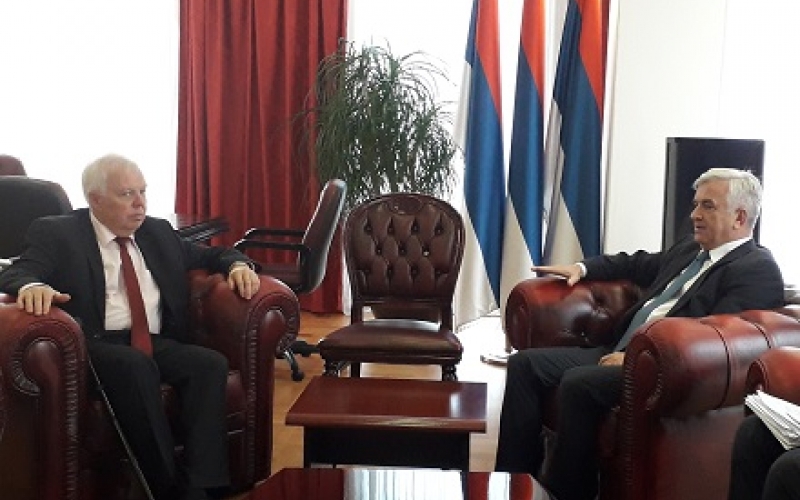 President Cubrilovic emphasized that all authorities and institutions of the Republic of Srpska function undisturbedly, noting that the National Assembly is the most efficient parliament in Bosnia and Herzegovina, which has held a total of twelve sessions, six regular and six special ones, and has adopted a significant number of new laws and other acts in order to facilitate faster development and improve living standard in the Republic of Srpska.

He pointed out that the failure to form the Council of Ministers and the inefficient work of other joint bodies at the level of Bosnia and Herzegovina hampers the implementation of major infrastructure projects in the Republic of Srpska and the Federation of BiH, and it is therefore in the interest of all to finally apply the results of the general elections that were held a year ago.

As a positive example, President Cubrilovic highlighted yesterday's adoption of the socio-economic reform package for the period 2019-2022. of the document, which was harmonized at the level of the Government of Republic of  Srpska and the Government of the Federation of Bosnia and Herzegovina.

President Cubrilovic expressed the view that all political entities in Bosnia and Herzegovina should focus on areas and measures on which there is a common interest, not on a daily basis to highlight political issues on which they disagree and on which they have differing views.