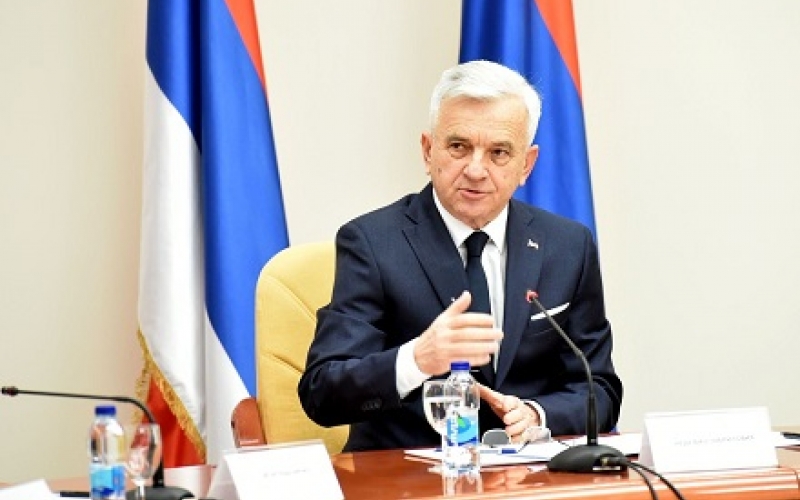 President Cubrilovic stated that the Serbian people bravely and decisively stood against fascism and racism and gave enormous sacrifice during that fight.

“This date, as many others, confirms the spirit of freedom of the Serbian people, who had to fight, through history, for freedom, peace, and decent life as a man. We are proud of our brave descendants, who with their martyrdom gave us freedom. We must never forget the great victim that the Serbian people gave in WWII, fighting against fascism and racism” highlighted President Cubrulovic.

Cubrilvic said that today many, mainly because of political issues, are trying to minimize the role and the victim the Serbian people had while fighting against and beating the worst scourge of civilization.

“Serbian people in NDH are being killed just because the fact they are Serbs. Women have been killed mercilessly and children have been taken to the camps of death. Remembering them is our continuous obligation as well as proudly nourishing the antifascism history of our people.

The heroic struggle of the Serbian people is one of the main lessons which must be learned by coming generations,” said President Cubrilovic.