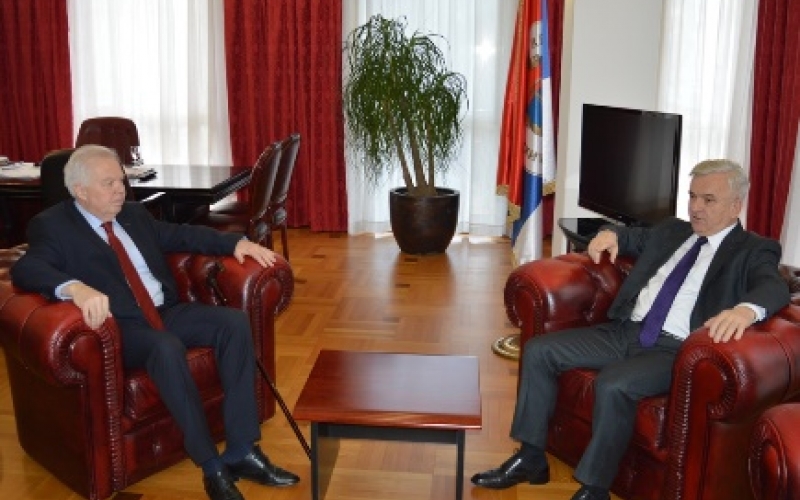 The President of the National Assembly Nedeljko Čubrilović met today in his office in Banjaluka with the ambassador of Russian Federation to BiH, Peter Ivancov (Peter Antoljevic Ivancov). They talked about the implementation of the results of the elections, general political situation and the increase of mutual cooperation.

President Čubrilović told that the Republic of Srpska was the first in BiH to form the organs in accordance with the results of the elections and that the National Assembly adopted all necessary acts for functioning of the society.

The Republic of Srpska pursuant to the will of the people, immediately after the elections constituted the National Assembly and the Council of Peoples, also elected the Government of the Republic of Srpska and adopted the Program of Economic Reforms and the Budget for 2019, the actions that once again confirm its stability, functionality and responsibility towards citizens” said president Čubrilović.

He added that actual political situation confirms that the biggest obstruction to the functioning of the common organs and institutions in BiH makes political Sarajevo which is not ready to implement the election results.

Čubrilović added that it is necessarily to reach consensus among political parties in RS in order to insist on forming the Council of Ministers in accordance to the election results because every new obstruction represents breaking of the law and violation of the common principles of democracy.

President Čubrilović and ambassador Ivancov stated that a very good cooperation is formed between the institutions of the Republic of Srpska and the Russian Federation, highlightening the inter-parliamentary cooperation.