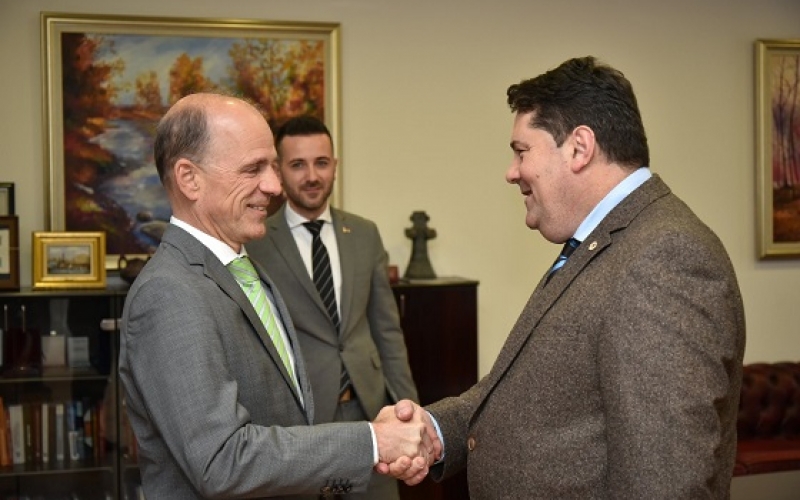 President of the National Assembly of the Republic of Srpska, Dr Nenad Stevandic, has received today in his cabinet, in the welcome visit, the Ambassador of the Kingdom of the Netherlands, H.E. Jan Waltmans, to whom he wished a successful mandate in BiH, pointing that the Republic of Srpska is committed for cooperation and increasement of all kinds of bilateral relations.

The President of the National Assembly of the Republic of Srpska highlighted that the Republic of Srpska is stable and functional, which asserts the fact that it is the first one in BiH, after the parliamentary elections, constituted the National Assembly, next week also Council of Peoples and the Government, which all levels of authority will be formed in the shortest period of time.

Also, he pointed out that the politics in the Republic of Srpska is based on the interests of the people, and that it rejects tutorial and interventionism.

He expressed hope that in relation to the people’s will, common organs will be constituted, so the system could function normally.

President Stevandic and Ambassador Waltmans also talked about European integration and regional cooperation and stressed that it is necessary to enact laws and adopt European values, no matter the dynamics of the accession to the European Union.