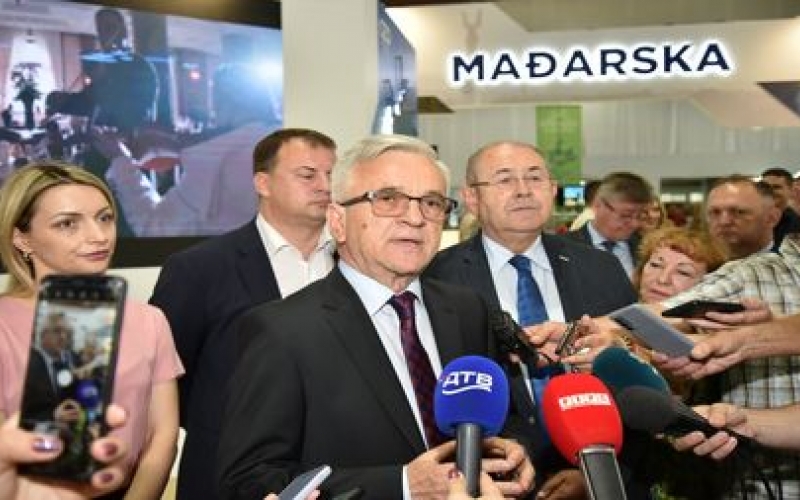 At the media briefing, Cubrilovic expressed pleasure by the fact that the Chamber of Commerce stall has enabled exhibitors from the Republic of Srpska to promote their goods on this great agricultural review.

“At the Chamber of Commerce stall, we were informed that they are extremely satisfied with the fair promotion as well as the number of business relations and overall, by the number of people interested in the exposed goods.

Cubrilovic highlighted that International Fair in Novi Sad has a tradition of 89 years, which is the evidence of its value.

He stressed that this visit is important because we went from the political engagements to concrete themes and in this moment, it is agriculture, in other words food industry.

“Vojvodina will never allow for the Republic of Srpska to be endangered by food shortage, no matter of the global political challenges”, said the President of the Assembly of AP Vojvodina.

In short: „While Vojvodina has food, Srpska will also have”, stated Pator for Srna, answering the question if Vojvodina is ready to help Srpska in case there would be a food shortage, concerning the unfavourable geopolitical situation conditioned by the situation in Ukraine.

“I sincerely hope we would not come in that situation, having in mind the vitality seen today on Serbia’s and Srpska’s markets, as well as the extraordinary relations which we have. Our experience has shown that Serbia has always been with us, and that it is always here to support us”, stated Cubrilovic for Srna.