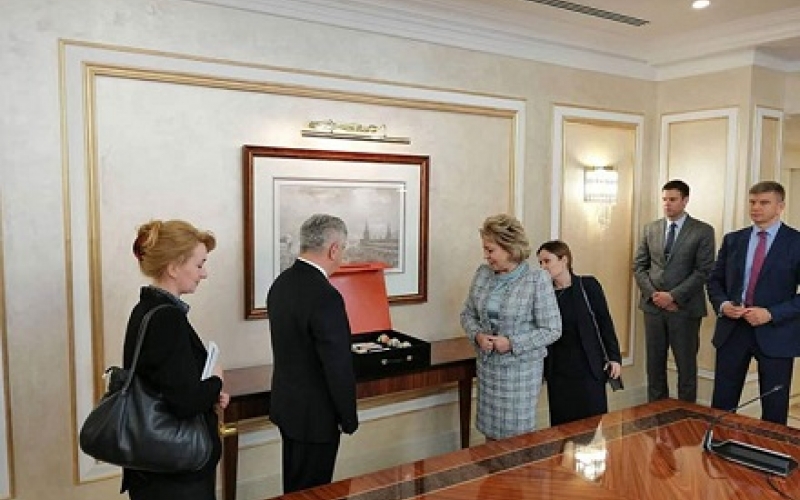 These are the words of the chairman of the Federal Council of the Federation Assembly Valentina Matviyenko during the meeting with the President of the National Assembly of Republic of Srpska, Nedeljko Čubrilović, which the Russian media widely report.
The Russian newspaper emphasizes that the Russian authorities are very much in favor of constructive cooperation with the Republic of Srpska and are committed to strengthening all aspects of such cooperation and especially to the constant strengthening of interparliamentary relations.

"We are pleased to remember our visits last year, the friendly atmosphere, hospitality and warmth with which our delegation was welcomed in the Republic of Srpska" reports the "Russian newspaper", the statement by Valentina Matviyenko.

"Our visit to the Russian Federation is important for the whole country, not just for the Republic of Srpska. Our every step towards Russia is closely monitored, and in some cases it provokes approval and in other anger. When it comes to the Republic of Srpska we believe that cooperation with Russia is very important and that its attitudes cannot and should not be ignored, but on the contrary," Čubrilović said.

Speakers agree that positions of Russia and Srpska coincide when it comes to most international issues.
"We are aware that the patriotic forces, interested in the consistent implementation of the Dayton Agreement and the development of cooperation with Russia, have received very wide support from the Republic of Srpska in the last elections," told reporters.

The Speaker of the National Assembly after the meeting with Valentina Matviyenko gave an interview for the Vmeste-RF television channel.
On the second day of his official visit to Moscow, he will meet with Russian Duma deputies Yevgeny Primakov, who is also chairman of the Russian humanitarian mission, and Anatoly Karpov, who is a former world champion in chess.