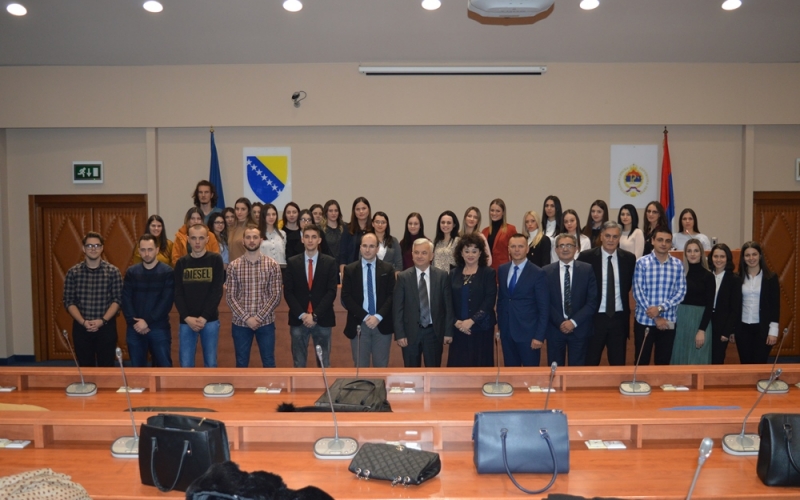 Apart for the Vice President Jovičević, who wished them sucessful careers and schooling, students were addressed by the President of the National Assembly, Nedeljko Čubrilović, the Minister of Law Anton Kasipovic, the Minister of Interior Dragan Lukač and the Secretary General of the Government of the Republic of Srpska  Siniša Karan.

“I am very pleased with your visit and with the fact that you have the opportunity to see in live the sitting. This is the best way for you to affirm your theoretical knowledge about the functioning of the National Assembly and the work of the highest institutions of the Republic of Srpska”, said President Čubrilović.

He wished the students successful continuation of their education and called them to actively join political and social processes in Srpska, saying that one of them could be a member of parliament one day in the future.

“I wish you to have a more secure and stable society and conditions in the time you will search for job and build your careers”, said President Čubrilović.

The dean of the Faculty of Law from Bjeljina and the students thanked the Assembly leadership for the organization of the visit, stressing that they are honored by their attending the sitting of the National Assembly. 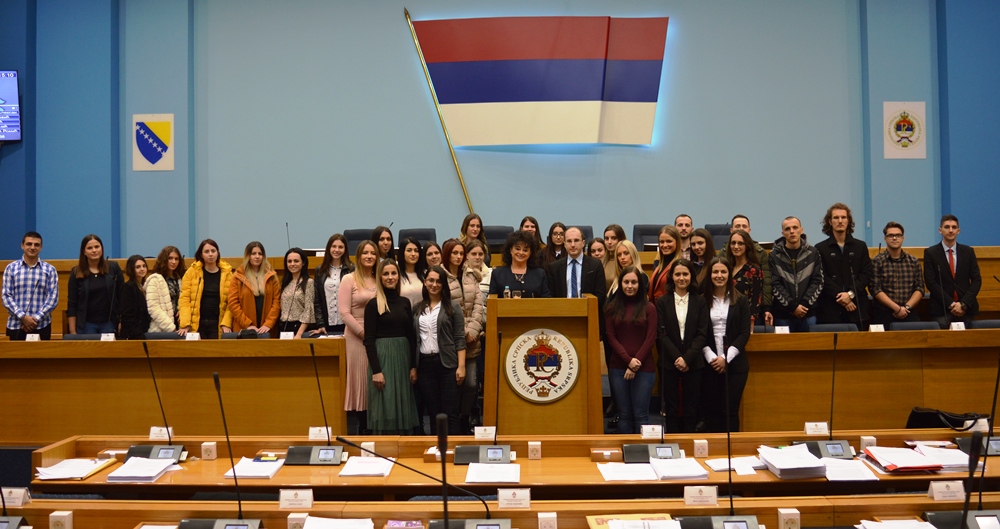