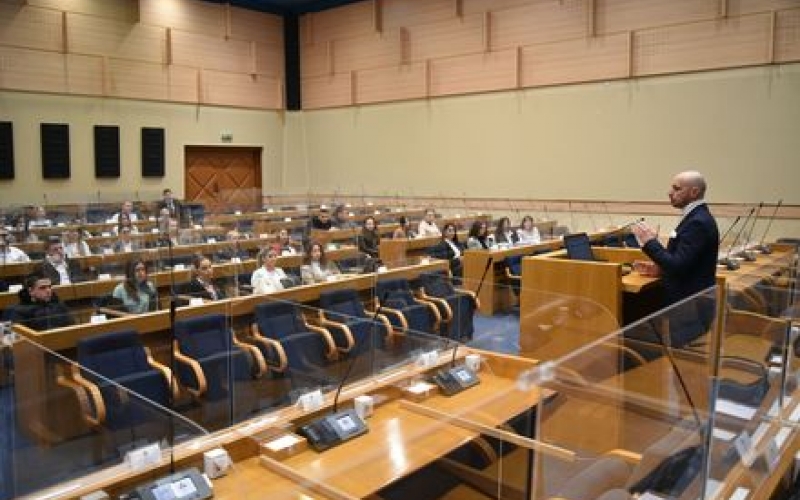 Vice President of the National Assembly of the Republic of Srpska Milan Petkovic said that it is very important for the students of economy and other high school students in the Republc of Srpska to get acquainted with parliamentarism and the procedure of enacting laws and other acts.

“We have talked about ideas and suggestion student have when the development path and the future of the Republic of Srpska and its citizens are in question”, said Petkovic after the lesson.

He also highlighted that the parliament of Srpska stays open for students of all faculties who want to visit the Assembly.

The president of Student`s Association of the Faculty of Economics in Banja Luka Njegos Ratkovic said that in this way students can directly get acquainted with the organisation of the National Assembly.

“This is very important for economy students because in the future we are going to represent our citizens and this is the highest legislative body in Srpska”, said Ratkovic.

Dejan Vuceta, student of the Faculty of Economics in Banja Luka stressed that students` population is one of the pillars of every democratic society and that precisely they should occupy leading positions in institutions.

“For us the most important law is the one which would increase students` standard and everyday life and we constantly stand for that”, said Vuceta.