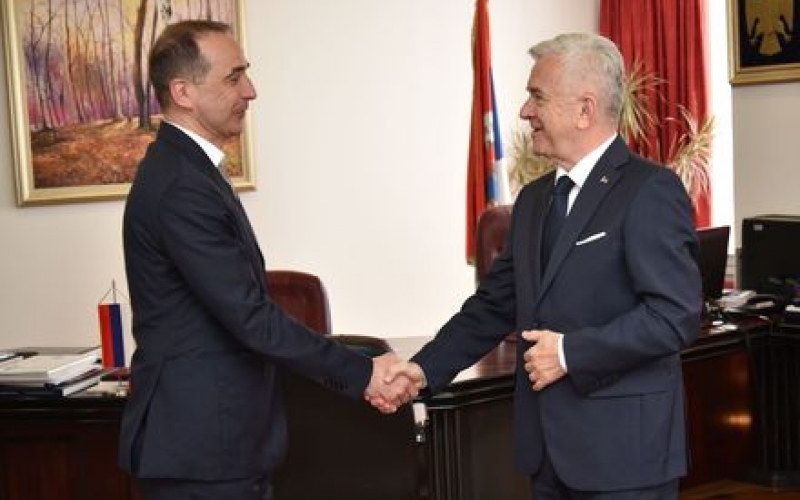 President of the National Assembly of the Republic of Srpska talked today with BiH delegation of the Organization for Security and Co-operation in Europe, headed by Dmitry Iordanidi, Deputy Head of the OSCE Mission to Bosnia and Herzegovina.

President Cubrilovic and Deputy Head of the OSCE Mission stated that there has been a concrete, professional and open cooperation between the National Assembly and OSCE, and that this organization supported large number of projects enabling more transparent and efficient work.

President Cubrilovic stressed that National Assembly of the Republic of Srpska is open for public, everybody can watch Assembly sessions live and that all materials and all decisions are being published on Assembly web page.

Talking about possible changes of the Election Law, President Cubrilovic said that it is necessary to accomplish all predispositions for maintaining General elections where constitutive people and citizens would choose, by their own will, their representatives on all state levels in Bosna and Herzegovina.

President Cubrilovic highlighted that it is necessary to have a dialog on all political and social questions, in accordance with the Constitution and Laws. It is also important for all actors in BiH to respect each other and to focus on spheres and themes were the compromise exists and not to force those spheres where there is no consensus.