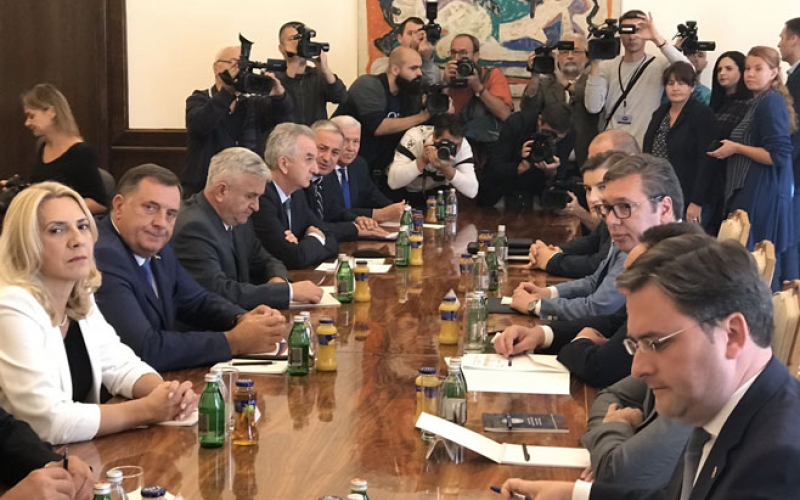 The President of the National Assembly Nedeljko Čubrilović attended a meeting of Serbian President Aleksandar Vucic in Belgrade today with top officials of the Republic of Srpska and presidents of The Republic of Srpska parliamentary parties, at which the SDA program declaration was rejected because it was "anti-Serb, unconstitutional and anti-Dayton ".

BiH Presidency Member from Srpska Milorad Dodik said at a meeting in Belgrade that he had rejected the SDA declaration as anti-Serb,  and anti-constitutional and threatens  a sense of stability.

"The Republic of Srpska is a priority for us," Dodik said at a news conference in Belgrade after the meeting.

Serbian President Aleksandar Vucic said after the meeting that Serbia was obliged to maintain the order established by the Dayton Peace Agreement and called on all political actors in BiH to calm tensions.
Vucic urged representatives from The Republic of Srpska not to act too hastily in the interests of both Srpska and BiH.

Vucic added that representatives from The Republic of Srpska are in agreement regarding the survival of The Republic of Srpska and have a very negative attitude towards the SDA declaration.
He recalled that the Dayton Agreement could be changed by the will of all three nations, not one, and added that problems must be addressed through dialogue.
Vucic said Serbia's policy would be talk, dialogue, patience.

The meeting came after the SDA recently adopted a declaration stating that its primary and long-term goal is to adopt a constitution defining BiH as a democratic, regionalized, rule of law and social state called "Republic of BiH", with three levels of government - state , regional and local. The declaration also envisages the establishment of a "Bosnian language" 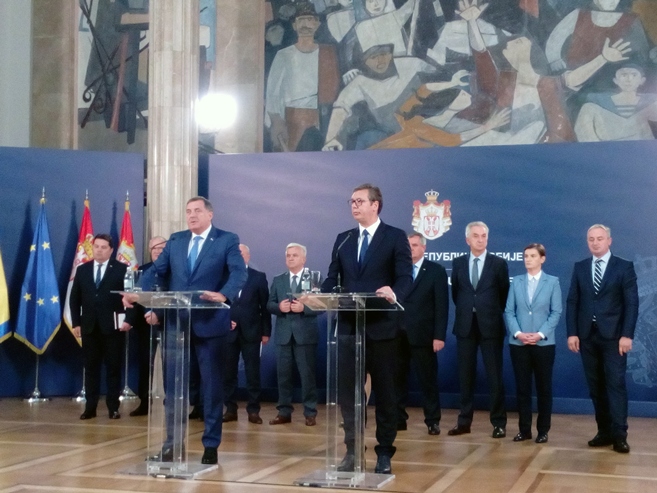