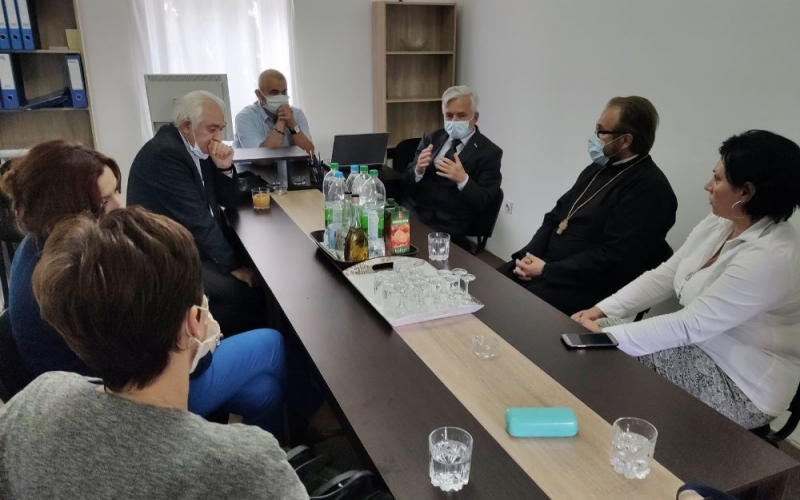 The President of the National Assembly of the Republika Srpska, Nedeljko Čubrilović, met today in Trebinje with representatives of the Association of Parents with Four and More Children "Four Plus", to which he handed over material and technical means, and pointed out that such associations throughout the Republic of Srpska will have his full support.

"Such families are the wealth of society, where we are lucky to have as many such families as possible, especially here in Trebinje and Herzegovina, and there is certainly a lack of them in the entire Republic." If we say that it is the wealth of a society, then we should treat it as wealth, "said Čubrilović.

He added that he and his associates will support initiatives initiated by mothers from these associations.

"We will try to realize that it does not stay on promises. There is no doubt that these families, especially mothers, deserve it, "said Čubrilović.

The president of the "Four Plus" Association, Aleksandar Sarić, said that the representatives of this association talked with the president of the National Assembly of the Republic of Srpska about the essential problems of large families and solving existential issues.

"If it is a multi-member family, it does not necessarily mean that it is a social case. The society should emphasize the mother as a vital national interest of our people and for the family to be a pillar of our society ", says Sarić.

Sarić mentioned that the city of Trebinje provided premises for this association, and a donation in the form of material and technical means arrived from the President of the Republic parliament and his cabinet, for which they are grateful.

Vesna Kurtović, a member of the Supervisory Board of the "Four Plus" Association in Trebinje, said that they talked with Čubrilović about solving the problems of multi-member families systematically.

She emphasized that it is necessary to define by law the rights that those families should have, especially mothers, which are the pillar of the family.

"The mother must have the right to a job, in a state institution, and if she does not work, to have a national pension," Kurtović pointed out.