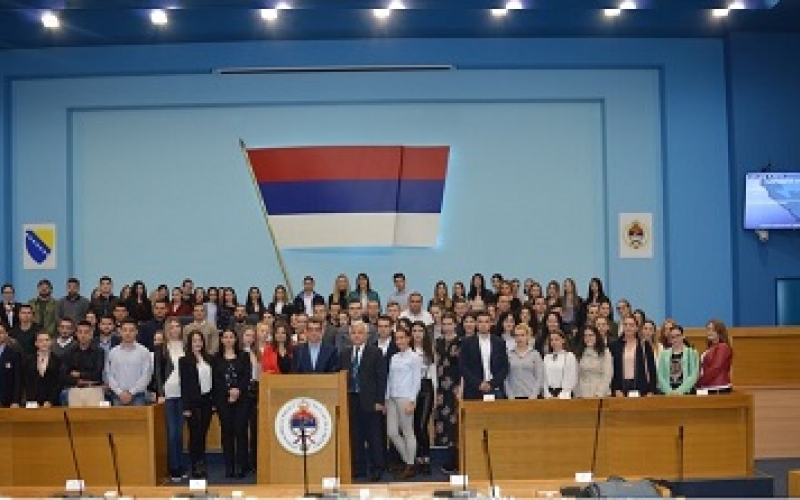 The President of the National Assembly of the Republic of Srpska, Nedeljko Čubrilović, who held a parliamentary lecture, invited the students of the Faculty of Law of the University of Banja Luka, to regularly monitor the events in the National Assembly and actively engage in public discussions on draft laws in order to contribute to the better quality of passed laws.

During the "parliamentary lecture", President Čubrilović spoke to the students of the second and third year of the Faculty of Law about the work and organization of the National Assembly, the role and powers of the parliament, convening and preparing the plenary sessions and the experience in managing the highest legislative institution.

Asked about his last visit to Moscow and its effects on citizens, President Čubrilović told students that he was in Russia at the invitation of the President of the Council of the Russian Federation, Valetina Matviyenko, who hosted this visit, whose positive effects will certainly be felt in practice.

"Parliaments, who pass laws, can do a great deal in terms of cooperation, we have especially focused on cooperation in the fields of sports, culture and education. Already now a large number of our students are in Russia, and they are ready to increase that number. The effects of this visit cannot be felt immediately, but it is certain that it will have very positive effects in practice,"said Čubrilović.

He said that the National Assembly of the Republic of Srpska and the Parliament of the Russian Federation will form working groups that will work specifically on projects of expansion of cooperation.