President Čubrilović spoke with Ambassador Berecz: The institutions of Srpska are functioning without disturbance 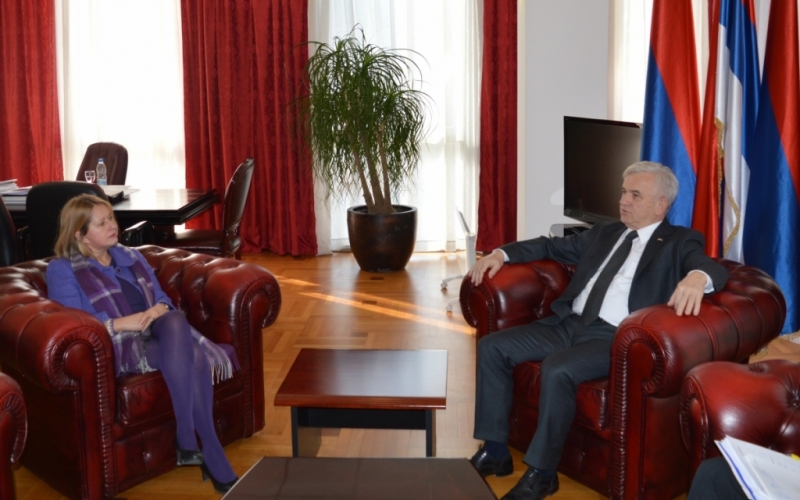 The President of the National Assembly of the Republika Srpska, Nedeljko Čubrilović, met today in his cabinet with Deputy High Representative in Bosnia and Herzegovina, Ambassador Marianne Berecz.

President Čubrilović and Ambassador Berecz discussed current political issues in Republic of Srpska and BiH, especially the work of the National Assembly and other parliaments in BiH, as well as European integrations processes.

He expressed confidence that the program of work of the National Assembly of the Republic of Srpska for the current year will be adopted on time and adjusted to the obligations that the deputies will have during the process of holding local elections.

President Cubrilovic said that the drafting of amendments to the Rules of Procedure, modeled on the rules of procedure of the parliaments of the neighboring countries, is in procedure, with the aim of more efficient work of the National Assembly of the Republic of Srpska.

President Cubrilovic and Ambassador Berecz agreed that the formation of the BiH Council of Ministers and the beginning of active work of the BiH Parliamentary Assembly is a significant democratic step in fulfilling obligations under European integrations.