President Cubrilovic congratulated May 9, the Day of victory against fascism and the Day of Europe 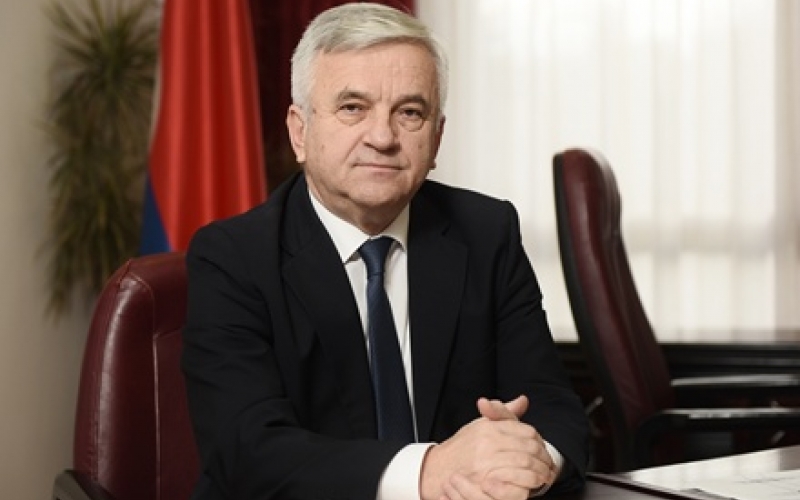 The President of the National Assembly of the Republic of Srpska Nedeljko Cubrilovic congratulated all citizens of the Republic of Srpska, May 9, the Day of the victory against fascism and the Day of Europe, saying that the Serbian people were among the first Europeans to confront fascism and Nazism, the biggest menaces of the humanity in 20th century and that these people gave enormous sacrifice in the fight for peace and freedom.

“Serbian libertarian people gave enormous contribution in the fight against fascism and Nazism, in liberating Europe from this evil and establishing democratic and human society. Unfortunately, liberty has been paid for by blood, during WWII, more than a million Serbs have died. With great sadness and respect, we must remember all victims and those killed in NDH concentration camps”, stressed President Cubrilovic.

He highlighted that continuous political attempts to revise and dismiss Serbian victims and their part in the fight against fascism and Nazism, are worrying and dangerous.

“Today, 77 years after the end of the most massive war by the number of human victims and the end of the most horrific conflict in human history, there is continuous ignorance towards Serbian victims of Jasenovac and other NDH execution sites. It is a new crime against victims and an act of repressing the truth, justice, and reconciliation in this region”, stressed Cubrilovic.

The President of the National Assembly stated that it is our obligation to cherish universal antifascist values and to keep the memory of heroes who won fascism and Nazism and fight for a life of a decent human.

“It is a worrying fact of an increase of the Nazis organizations and movements in Europe and in the world. As if humanity has not learned a lesson from the earlier world, bloody wars. Europe and the world must decidedly and honestly respect and affirm antifascism principles. Coming fascism and Nazism ideas must be cut from the beginning, as for bloody conflicts and massive crimes never to happen again”, said Cubrilovic.